Skip to content
We may earn an affiliate commission when you buy through links on our site. 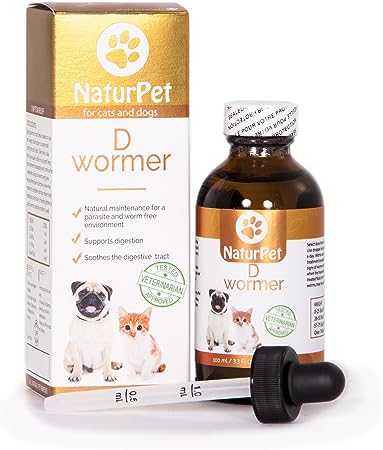 Intestinal worms are a common occurrence in humans and animals alike and cause a pretty painful experience for both.

Treatment of worm-infestation in cats, although a common complication, could be a tad bit more challenging than it is for other animals. This is because cats can be extremely finicky and jittery when it comes to, well, almost everything.

Since most dewormers are administered orally, you can expect a war-like situation every time you even try to get near them with the medication in your hand, let alone try to make them ingest it.

Being a cat-mama of four came with its fair share of cuddles and claws. However, the one thing I learned when it came to deworming is that you have to first consider your kitties’ individual stats and preferences before settling for a particular treatment.

Today I’ll be reviewing four incredibly efficient dewormers for cats. So, read on to know more!

The NaturPet Dewormer is an absolutely natural formulation for breaking the cycle of worms in both cats and dogs. It is a combination of several herbs including black walnut hull, wormwood, sage leaf, black seed, papaya leaf, and fennel seed, all of which are known to be powerful natural exterminators of intestinal worms.

I had bought this for my youngest, Nina when she was around a year old. Nina is sensitive to most medications, and I have to find out natural alternatives every time she gets sick.

This was suggested to me by one of my friends whose dog had to be given the same medication owing to his chemical-sensitivity.

You can either mix a couple of drops in your pet’s food or administer a few drops directly in their mouth. And for me, this was the most challenging part. Nina seems to loathe its taste, and from what I’ve noticed, the medication seems to work best when directly administered through the mouth.

The medicine has worked well for her, but it takes its own time to develop the effects. 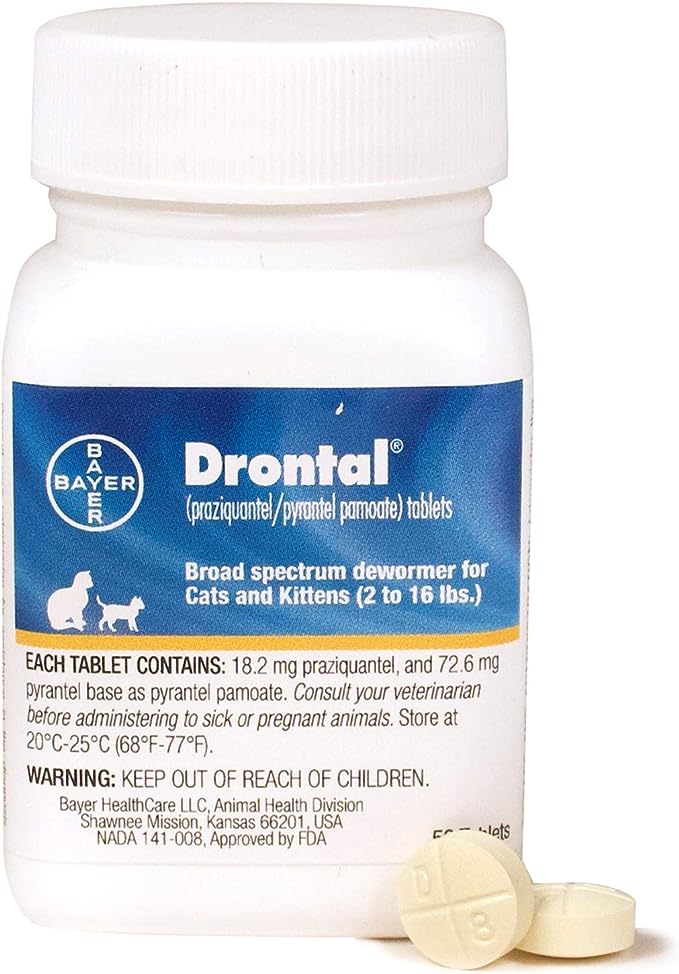 This was recommended to me by the vet when my eldest, Peggy, needed to be dewormed. The infestation was severe. Along with tapeworms, she had also contracted hookworms which made the situation even more painful for her.

She weighs around 30 pounds, so what I did was crush one tablet and mix it with her food. It took her about two days to recover. There weren’t any side-effects to these apart from a slight dip in energy.

However, this medication is expensive. Having said that, you can get a good bargain if you invest in the bigger bottles. Moreover, these have an expiration of 2 years on them, which saves substantially on the bills of vets. 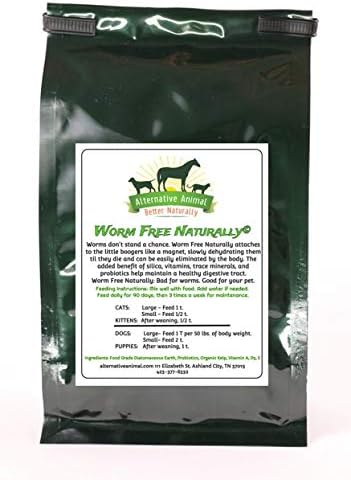 The cat dewormer from Alternative Animal is an entirely natural alternative to drugs and chemical dewormers similar to the NaturPet Dewormer.

It can be safely given to cats, dogs, and horses and works chemically to eliminate parasites by abrading their outer coat. This causes the parasitic cells to dehydrate and perish.

I had administered this to Sam, my three-year-old tom-cat which had contracted a nasty bout of tape and hookworms a couple of months ago. I gave it to him, mixed with his food, and it worked pretty well for a natural alternative to break the cycle of worms.

What I like about this diatomaceous earth dewormer is that it contains a healthy dose of trace minerals, probiotics, kelp as well as Vitamins A, D3, and E which help to improve the digestive system, preventing any recurrence of infestation.

And since it is a natural alternative, it doesn’t let parasites build up an immunity against them, dispensing the need of rotating deworming cycles. This saves a lot of time, effort, and money.

The only issue with it is that it might not work right away.

The Pro-Sense Liquid is a highly efficient dewormer for cats that especially helps to eliminate large roundworms (Toxocara Canis and Toxascaris Leonina). This could be administered to cats which are 6 weeks or older, alternating the dosage every 14 days. After that, you can administer every 30 days to prevent reinfestation.

You can either give this to your pet shortly after they have eaten or mix it with their food. The medication works incredibly well for breaking the cycle of worms once and for all.

I had to give this to Dory, my 2-year-old when other dewormers had failed to work for her. It works fast and efficiently to eliminate worms.

However, cats older than 1-year-old should have a recent negative heartworm blood-test before getting on the deworming procedures.

The medication does come with some side effects, so do not go over the recommended dosage. It is best to consult a vet before administering the medication to your cats.

Buyers’ Guide To The Best Cat Dewormer For All Worms

Let’s now find out the things you should consider before buying a dewormer for your furry friend.

Most dewormers for cats and dogs will contain a high degree of chemicals that are supposed to kill the parasites in the gut and keep them from recurring. The drugs are generally administered orally and will break the cycle for worms. But they also have to be readministered over a set period of days for several months.

The process of deworming is supposed to relieve your cat of the pain and not make it worse. Although chemical medications generally have side effects, they shouldn’t outweigh the benefits.

Always consult the vet first to be sure of the quality, efficacy, and performance of the drug and whether it will suit your cat. Also, remember to check whether it’s certified by the relevant medical and governmental boards in your country or state before giving it to your pet. The status should be visible on its packaging. If it’s not, then consult the vet immediately.

Always make sure that the treatment you’re administering is efficient and works fast enough to solve the problem. Worms can cause a lot of pain and irritation in animals, and dewormers are supposed to work as soon as possible to eliminate the cause.

However, there are different medications for different types of worms, and not all will perform at the same rate.

It is always best to find out what kind of worm does your pet has and the ideal medication for it by consulting the vet first. Natural dewormers may work fine, but they do take time to show effects.

In these cases, broad-spectrum drugs might be more helpful than other forms to eliminate more than a single type of parasite.

Your cat’s size and age

Kittens, adult cats, and senior cats all have different levels of tolerance as well as sensitivity to medications. Also, worms may affect different age groups in cats differently.

The age and size of your cats should always be taken into consideration while buying deworming medications for them.

Generally, the size and age chart to dosage is given on the package itself. And if it’s not stated clearly enough, then do make sure to consult with the vet first before getting your cat on it.

Apart from this, there are also specific tests for medications that your pet may have to undergo to be able to receive that treatment.

Form and ease of application

It goes without saying that cats are as picky as a freak when it comes to eating. Most OTC dewormers are supposed to be administered orally to them and, most of the time that may not be a pleasant experience for them.

Dewormers may be available in many forms such as gels, pastes, powders or chewable tablets.

However, every cat will have their individual preferences which you should consider before deciding on the medication.

And that was it for this extensive guide on cat dewormers for you and things you should consider before buying them.

I hope I was able to provide you with useful insights into the subject.

And here’s wishing all health and happiness for all your fur-babies!